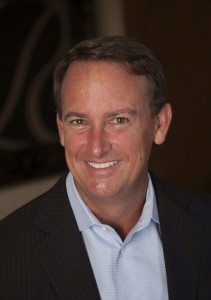 Did you know that the fastest-growing metropolitan area in the United States in 2014 and 2015 was not an oil town like Houston or Dallas, nor was it a coastal resort town like Myrtle Beach?

It was a Central Florida Baby-Boomer boomtown called The Villages®, a community which more than doubled its population from 51,442 residents in 2010 to a number that soared above 114,000 in 2014.

In The Villages® community, “active seniors” focus on living their lives, not just observing the years go by. With nearly 45 golf courses, 2,500 clubs and activities, abundant restaurants, shopping, entertainment, and world-class healthcare, this community holds a special charm for many interested in spending their golden years in the glow of the sun.

Not only is the community growing, so is its job base, which has expanded by 186% since 2001, according to Forbes Magazine. In addition, personal income growth, largely from assets owned by seniors, has soared by some 60% since 2000, which is 10 times the national average growth rate of 6%.

In other words, this is a prime location for financial advisors who counsel retirees.

Why, then, was I was so reluctant to take our nationally recognized wealth management process – refined over 25 years of helping hundreds of clients preparing for, nearing, or living out their retirement years – a mere 35 minutes down the road to serve residents of The Villages® community? What powerful force was holding me back from opening an office of Ruggie Wealth Management there?

Once I understood the answer to that question, not only was I able to open an office in the heart of that growth area, but I was able to see the rules I live by professionally take root.

So what did I learn?

For more than 10 years I had watched the actions, protocols, and sales tactics of many financial advisors who counsel retirees in Florida. While a core group of quality advisors exists here, I believe those good advisors get overshadowed by individuals who peddle products that line their own pockets, and do so with little or no regard for the needs of their clients.

It would not be too much of a stretch to say that most Florida retirees in communities could enjoy a free lunch – AND free breakfast and dinner, too – almost every day of the week, courtesy of product peddlers, many of whom call themselves “financial advisors.” And, as we know, there just simply are no free lunches.

In fact, according to a report by the U.S. Securities and Exchange Commission (SEC), North American Securities Administrators Association (NASAA), and Financial Industry Regulatory Authority (FINRA), called Protecting Senior Investors: Report of Examinations of Securities Firms Providing “Free Lunch” Sales Seminars (Sept. 2007), between April 2006 and June 2007 the Securities and Exchange Commission audited over 110 firms in high-retiree-concentration states such as Florida, Texas, Tennessee, California, and North Carolina. Overwhelmingly the SEC found that many sales seminars advertised as “educational,” “learning workshops,” and/or stating “nothing will be sold at this workshop” were actually simple fronts for sales pitches even when advertisements did not mention any specific investment products.

Perhaps I was getting in my own way. I simply did not want to establish an office in The Villages® community just to see the reputation I’d worked nearly 25 years to build get tarnished by the perception that we, too, were in the same product-peddling business.

A little more than a year ago, we consulted a marketing company in California that helps financial advisory firms across the country and asked them to help us fine-tune our message about the financial planning process we walk clients through. Having just hired a new financial advisor, our goal was to put together some marketing materials for the unique, four-step planning process we call Ruggie WealthCare℠.

The marketing company was very excited about our process and the impact it was having on the financial well-being of retirees. They asked how much of our current and potential client base consisted of retirees. They were shocked to learn of our proximity to The Villages® community. What shocked them even more was that, armed with what they called a “fantastic retirement planning process,” we had purposely avoided having a presence in the huge market that was right in our own backyard.

It was at that moment we made the decision to open an office that would serve people from within The Villages® community. We went in committed to providing the financial integrity, benefit, and value the thousands of retirees living in – and moving to – this area deserved. Instead of worrying about being painted with the same broad strokes as the product-peddlers, we set out to paint a whole new picture of what financial investing and advising should be.

Excerpted from Tom Ruggie’s newest book, Ruggie Rules. To learn more and pick up a copy of the book schedule a free consultation today by calling 352.343.2700. Our advisory team looks forward to meeting with you.