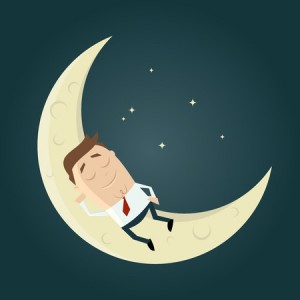 Researchers were trying to evaluate the importance of sleep so they focused on two American cities in a single time zone: Huntsville, Alabama (on the eastern edge of the central time zone) and Amarillo, Texas (on the western edge of the same time zone). The sun sets an hour later in Amarillo, so the assumption was made that people get less sleep in Amarillo than they do in Huntsville.

The findings reported in Time Use and Productivity: The Wage Returns to Sleep, by Matthew Gibson of Williams College and Jeffrey Shrader of the University of California-San Diego, were people who get one hour less shuteye, over a long period of time, earn about 4.5 percent less.

From an economic perspective, the idea may seem counterintuitive. After all, when you’re snoozing you’re not producing. However, from a psychological point of view, it makes a lot more sense. A British study of 21,000 employees found those who slept six hours or less each night were less productive than employees who slept for seven or eight hours.

Sleep issues, however, may become more important as we become attached to devices like tablets, laptops, and smart phones. Research described in Scientific American found two hours of tablet use before bedtime suppressed melatonin release. Melatonin is a hormone that lets us know it’s time to sleep.

So, if you’re having trouble getting to sleep and use a smart phone or tablet before bed, you may want to turn down the brightness of your glowing screens before bed – or switch back to good old-fashioned books.

* This article first appeared in our weekly email newsletter. To subscribe to the Ruggie Wealth Management Weekly Commentary email [email protected] or call us at  352.343.2700