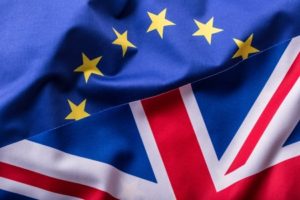 This time the opinion polls got it right. The “Remain” and “Leave” camps were running neck-and-neck coming into yesterday’s U.K. referendum on membership in the European Union and in the event that some 52% of U.K. voters would opt to reject the status quo and pull out. The referendum, while non-binding, is likely to trigger Article 50 of the Treaty on European Union.

Accordingly, markets have responded dramatically. U.K. & U.S. equity index futures have slumped and the British Pound has tumbled to 1980’s levels. Safe havens – such as gold, German Bunds and U.S. Treasuries – are seeing substantial investor demand. The euro has also come under pressure.

While this is likely to lead to higher volatility in the near-term, we caution against reacting as though this were a second “Lehman moment,” as some commentators have suggested.

Still, the U.K. has chosen the rockier of two paths. This piles up the political distractions that have dogged the administration of U.K. Prime Minister David Cameron (who is resigning) and his chancellor, George Osborne. The “Brexit” camp is clearly ascendant but the vote revealed a lack of national consensus. And even consensus would not wish away the complexity of this exit, a “monumental multi-year task” in the words of one legal expert.

Economic Damage Likely to Be Contained

Many of the large companies in the FTSE 100 Index are global rather than U.K. businesses—80% of the index’s revenues come from overseas. This should help insulate them from any domestic downturn and potentially deliver a windfall from the weakened pound. Smaller, more domestically-focused companies are more vulnerable to a fall in consumer demand and higher import costs. That could be a source of opportunity during a sell-off in U.K. assets, particularly if the U.K. makes its new status work over the longer term.

Elsewhere, the economic impact is likely to be felt most keenly in Europe and, in the words of one Federal Reserve Bank president, to have only “moderate direct effects on the U.S. economy in the near term.” Again, we expect an excessive market reaction to be a potential source of opportunity.

While the media and pundits will talk about “Brexit” for days to come, clients often want to know how they will be impacted. It is for reasons like this we crafted the Retirement Distribution Strategy process almost 17 years ago. By allocating resources needed over the next 10 years into lower volatility strategies we look to insulate a critical component of income generation assets, from the natural volatility that markets bring.

We look to this spike in volatility as an opportunity and will continue to monitor the situation and take action accordingly. Please feel free to contact your Ruggie Wealth advisory team at (352) 343-2700 with questions or concerns.