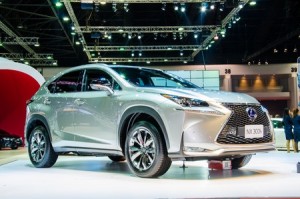 Auto buyers have mixed feelings about cars and connectivity.

A McKinsey & Company survey found that more than 25 percent of participating car buyers in Brazil, China, Germany, and the United States prioritized automobile connectivity ahead of traditional features like engine power and fuel efficiency. Thirteen percent wouldn’t even consider purchasing a vehicle unless it had Internet access.

At the other end of the spectrum, 37 percent of respondents said they would not buy a car that was connected to the Internet — although here were significant regional differences. Concerns about potential privacy violations were highest in Germany (51 percent), the United States (45 percent), and Brazil (37 percent). Just 21 percent of Chinese respondents said digital safety and data privacy was an issue.

Hacking is a serious issue. Last summer, a group of automobile engineers, policy-makers, security experts, and high school and college students had a confab. The topic of discussion was the security of connected automobiles. Autoblog wrote that a student was tasked with remotely infiltrating a car; an assignment some security experts predicted would take months of planning. They were wrong. The student spent $15 on equipment, built his own circuit board, and took control of the car.

After a technician from the National Highway Traffic Safety Administration laboratory used his mobile phone to switch off the engine of a test car being driven by a representative from Consumer Reports, the magazine cautioned readers against plugging any unknown or unscreened devices—even thumb drives with music—into their cars’ USB or OBD-II diagnostic ports.

Connected cars are here, but there are a few bugs to be worked out.